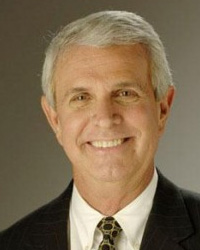 In 1998, John Lewis was recruited by Capitol Bancorp Ltd. to launch Southern Arizona Community Bank, a community bank located in Northwest Tucson. Prior to that, John was Vice President/Division Head of the former First Interstate Bank of Arizona, now Southern Arizona Bank and Trust Co.

John has had a 45-year career in banking. He is a Tucson native who never really left. Growing up, John was interested in hotrods and swimming. John graduated from Tucson High School, the University of Arizona, and the Pacific Coast Graduate Banking School of the University of Washington.

He worked part-time in banking after school while dreaming of being an undercover police officer. During his six years in the Air National Guard, John was a security police officer; he found the work fascinating. Later, John accepted a position as a bank messenger for First Interstate Bank. It was the beginning of a typical American success story.

On May 29, 2009, the FDIC Board of Directors, under FDIC Chairman Sheila Bair in Washington D.C., approved establishing the FDIC Advisory Committee on Community Banking to provide the agency with advice and guidance on a broad range of important policy issues impacting community banks throughout the country, with a focus on rural areas. The committee is comprised of 14 community bankers from across the country and one representative from academia. John is a former member of this committee, an assignment that was definitely on his bucket list.